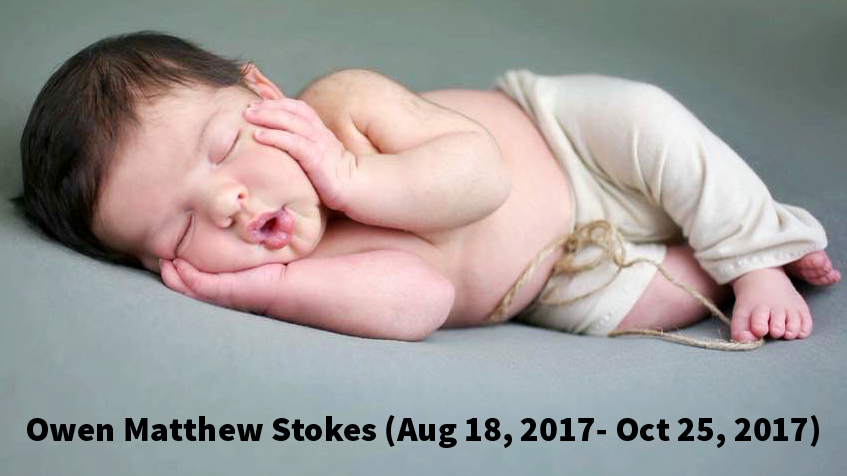 I wanted to share my story because my hope is that no one else has to experience the pain in my heart every single day. My son, Owen Matthew Stokes, passed away October 25, 2017. He was born August 18, 2017 and was just two months old. He was born at term and weighed 8.8 lbs. Owen was perfectly healthy in every way. He did not receive the Hepatitis B shot at birth. Even in my pro-vax mindset, I did not see the need at that time to give that to a newborn. He did receive Vitamin K at birth, but I didn’t know anything about Vitamin K at that time.

The day my son, Owen, was born, his father, Casey Stokes, proposed to me at the hospital. He had the nurse put a onesie on Owen that said, “Mommy will you marry my dada,” right after our skin to skin time was over. I remember thinking, “Why is she putting a onesie on my baby?” Thinking it was so weird because they usually put a shirt with buttons on the side, but also intrigued. From a previous marriage, I had my two girls and was in a place of unhappiness for a long time. That all changed when I met Casey, Owen’s dad. He loves my girls like they are his own and Owen connected us all. We became more than just two girls with a step-dad, but two girls with a brother who made us all a family.

We did everything right with Owen. He was only breastfed, or bottle-fed breast milk while I was at work. He slept alone in his bassinet right next to our bed, never slept with blankets, and was always on his back. We researched the products we used on him. Every day when my girls got home from school I made them take a bath before they could be around their brother. Owen had zero breathing or respiratory issues. He had never been sick and had no existing health issues prior to receiving his vaccines. 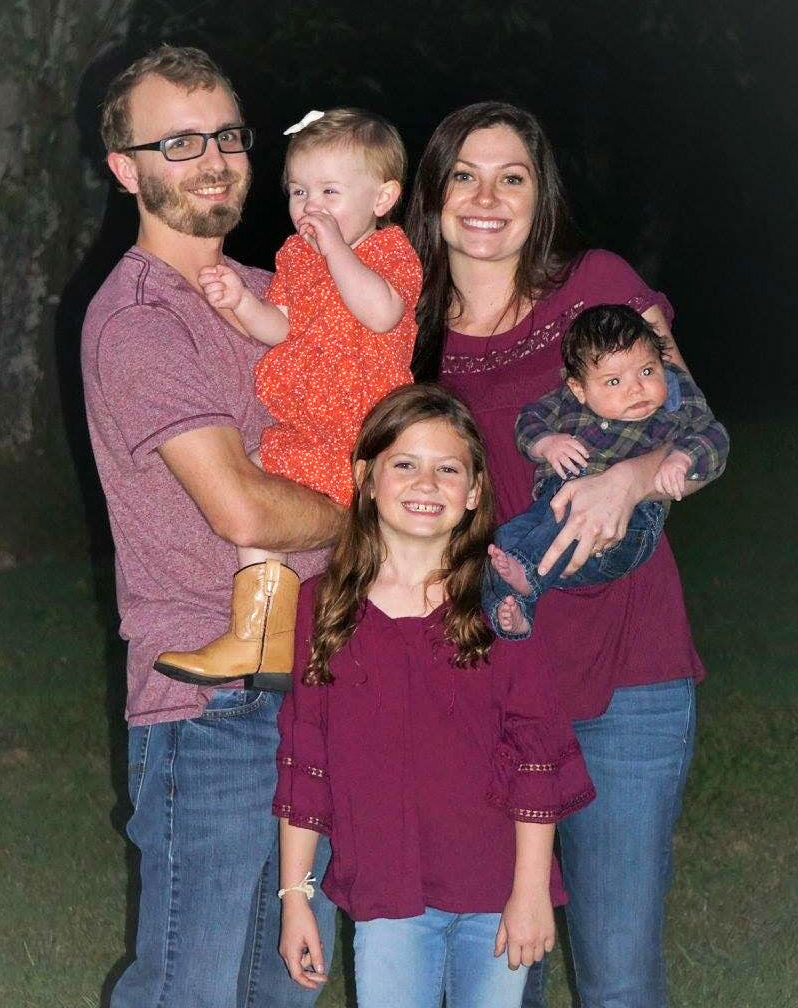 Owen received multiple vaccines just 48 hours prior to his passing. He was given a combination of eight different vaccines, which is the norm for a two month old. The first day after his vaccines he was very tired and lethargic, didn’t seem himself. The second day, which is the day he passed away, he was in the care of his grandmother while I was at work. He would not take a bottle, and was inconsolable. He was tired, but couldn’t sleep because he was in such pain.

His grandmother thought that he was just having really bad gas. She finally got him down for a nap for the first time that day, sometime after 2 p.m., but Owen never woke up. She went to check on him about 30 minutes later and noticed he was blue, but he still felt warm to the touch. She called me while I was in the car on my way home from work. Owen’s father was also in the car with me and called 911. I tried my best to walk her through CPR because I work in the medical field and I am certified. I was about ten minutes away from home. By the time I got there, he was in the ambulance, but he did not make it. My little boy died and I wasn’t there.

The next time I got to hold Owen, he was lifeless in my arms. And he didn’t go peacefully in his sleep; he suffered. But yet we were told he died from Sudden Infant Death Syndrome (SIDS). I did not know what had been going on with him that whole day or that he wouldn’t eat. His grandmother truly believed that his tummy was just hurting and he had gas that just needed to pass. 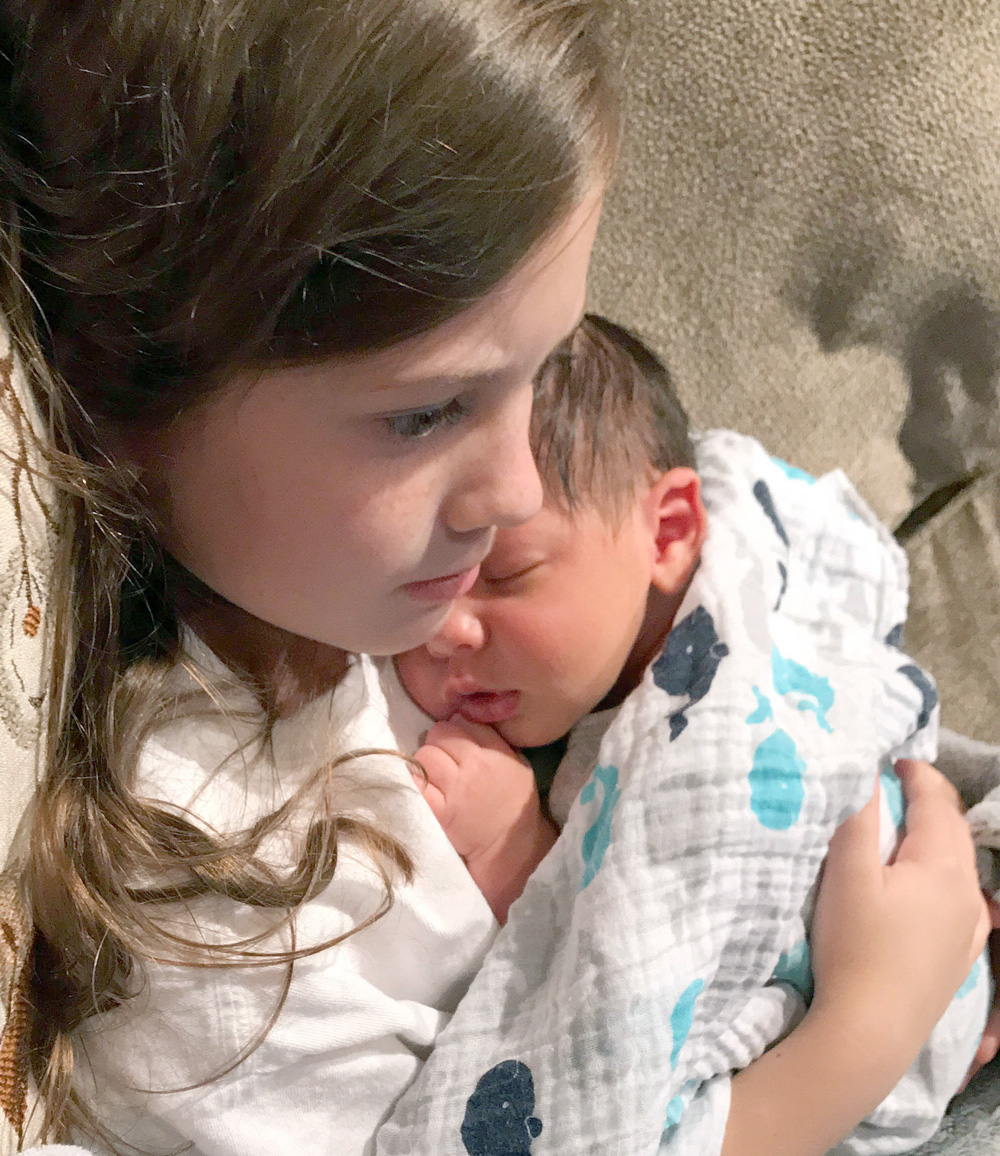 We did everything right for him, except vaccines. And it’s been so hard knowing we could do so many things to help other kids in our professions, but there was nothing we could do for Owen once the damage was done. We couldn’t save him. Every day is a struggle for us. Our girls keep us going every single day.

If you have children, there will be a time in your life when you worry and you’ll have that scared to death feeling, when they fall and hit their head, when they choke on something. Imagine having that feeling and it never going away because the worst possible outcome — happened. I know that feeling and it’s by far the worst thing you could ever imagine. It’s such a helpless feeling.

This is not my opinion on vaccines; it’s just my story. Do your own research before you make choices for your children. Realize it’s you and no one else that protects them from this world. I wish I had done so many things differently. I will no longer vaccinate my other children. My hope is that someone can learn from my story, if even just one person, and they can make better decisions than I did. That their child will not have to suffer, and they may not have to feel the pain our whole family has to feel every single day.”

Owner of Stop Mandatory Vaccination.
View all posts by Larry Cook Admin
We may earn money from the companies or links mentioned on this website.
Support this website with a donation:
Submit your vaccine free, vax vs unvax or vaccine injury story.

Please log in again. The login page will open in a new tab. After logging in you can close it and return to this page.